Featuring Jasemine Denise as Nikki Wood and myself (CosplaySass) as Spike we die-hard Buffy nerds were able to recreate the 1977 New York Subway fight between the Big Bad and the Slayer. 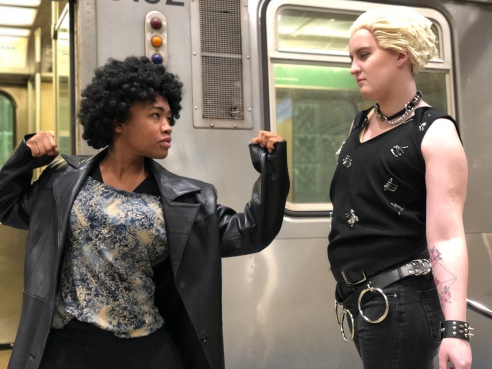 Little tip mate. Stake’s your friend. Don’t be afraid to use it. 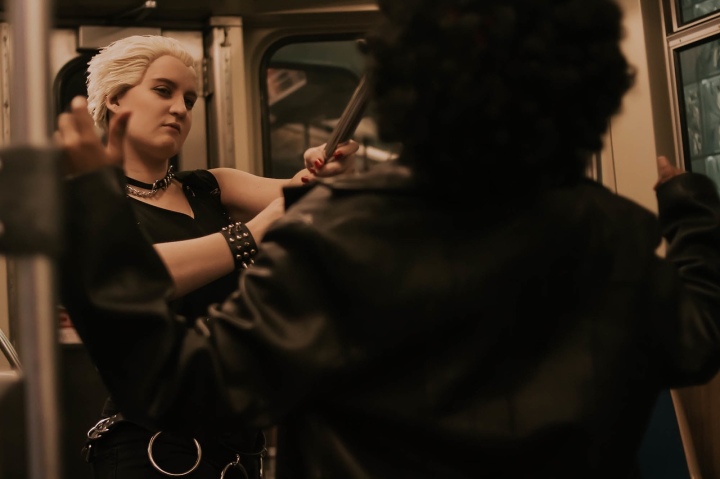 Sooner or later, you’re gonna want it. And the second – the SECOND that happens, you know I’ll be there. 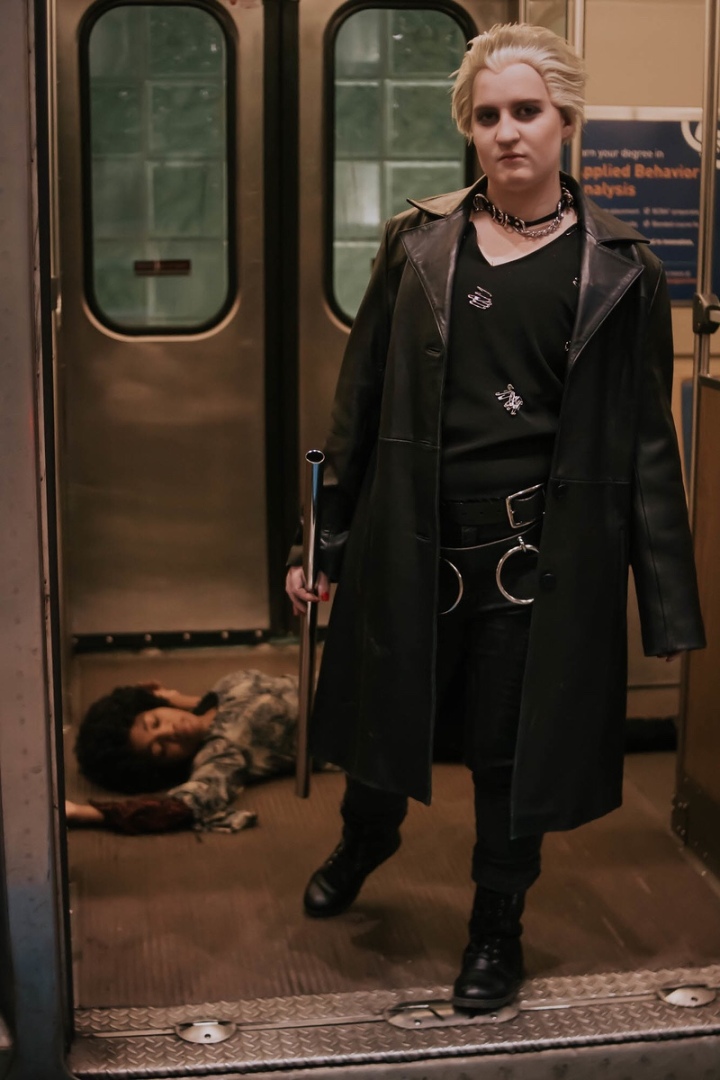 How did you become the characters?

I had already done a previous version of Spike so for this collab I just had to make the shirt. I used black Jersey material and LOTS of safety pins. my wig I styled and cut was from Arda Wigs. 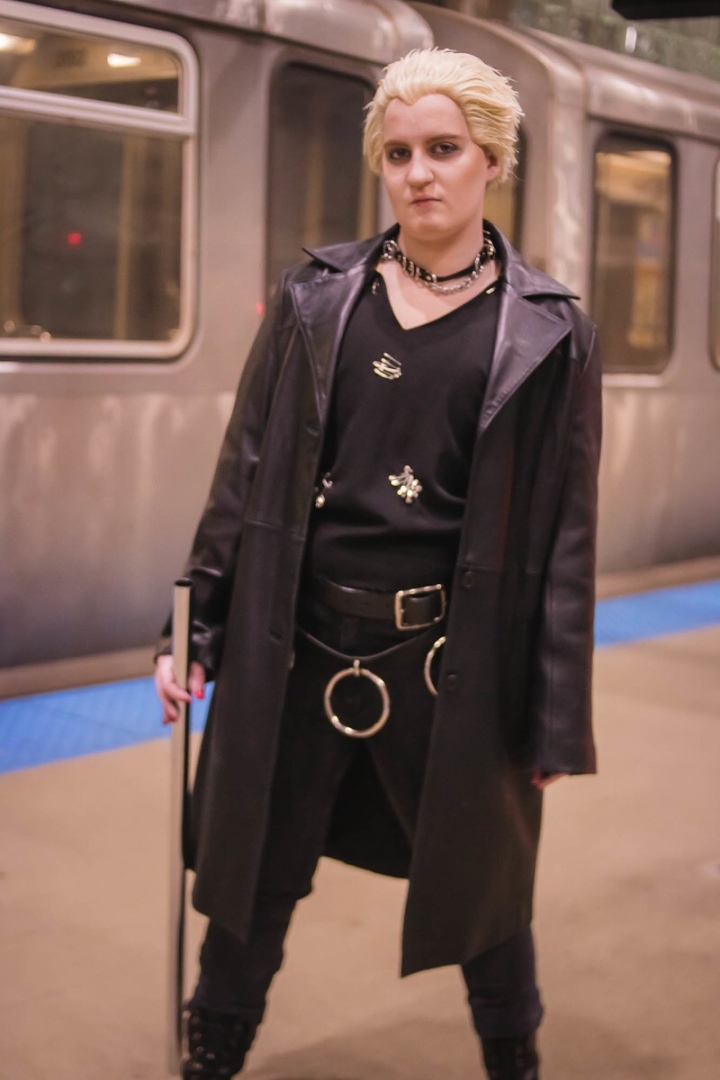 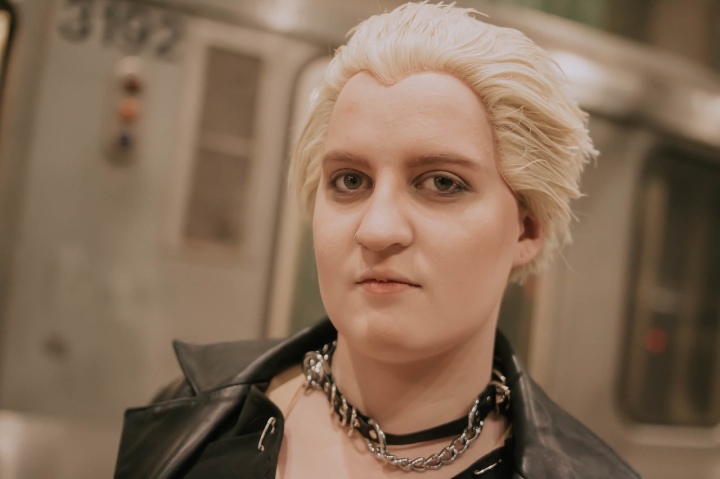 Can we also take a moment to appreciate Jasemine’s amazing Nikki Wood cosplay- she killed it!

We actually did this shoot on the CTA Blue line in early January. Luckily it wasn’t too cold. We ended up riding up to the airport and waiting for everyone to get off the train to shoot. This was one of my first “public” shoots and it was honestly a lot of fun! 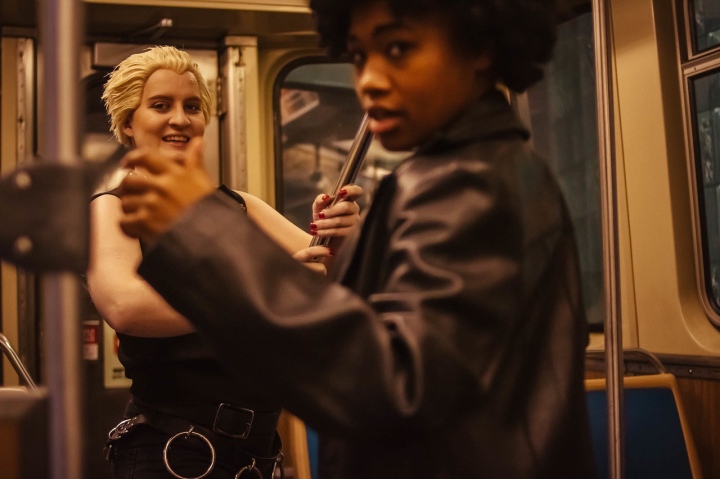 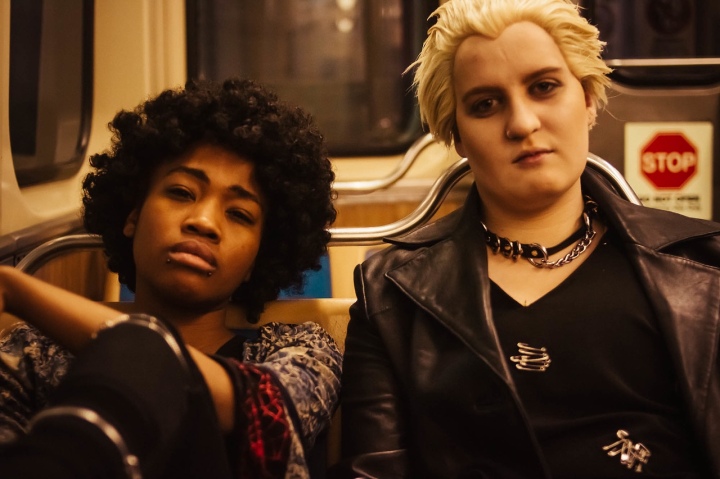 2 thoughts on “Buffy The Vampire Slayer Spike vs. Nikki Cosplay”

The Face Behind The Blog

Bec is a cosplayer and model based in Chicago, IL. They create costumes and props from their favorite movies, tv shows and games. They try to bring the element of Sass into every cosplay they make. Want to get into cosplay? CosplaySass shares their knowledge and experience through blog tutorials and videos.